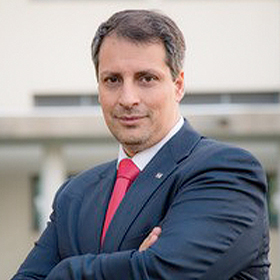 At the General Assembly of 21st October 2022 in Poland, Mr José Carlos Lourenço Quadrado, was elected ENAEE President. He will take up this post as of 1 January 2023, succeeding Mr Damien Owens, current President, who is finishing his second term and was not eligible for re-election.

A celebratory handover from outgoing President Damien Owens to incoming President José Carlos Lourenço Quadrado will take place at an inauguration event on 6 January 2023 in Lisboa.

Benefits and challenges of cross-border quality assurance in higher education. A case study in engineering education in Europe